About Chris ~ Bio ~ glassblowing in Vermont 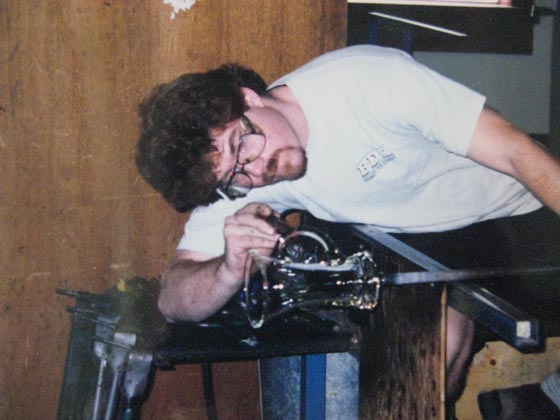 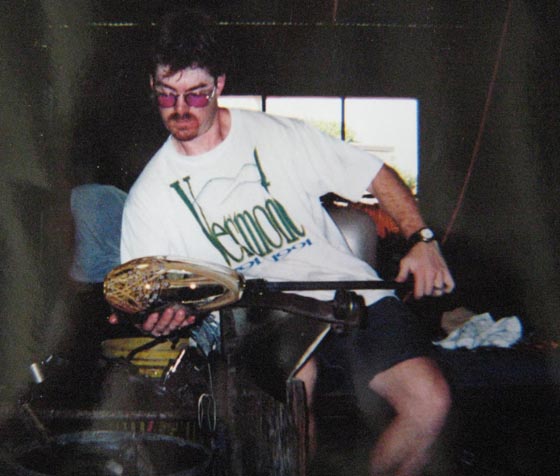 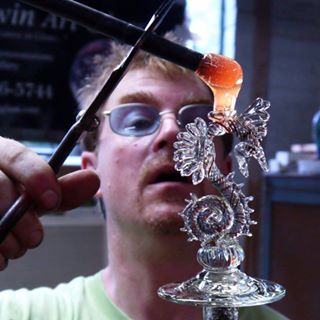 Born and raised in Vermont, Glass has been an integral part of my life for more than 27 years; I've been a Vermont glassblower for 20 of those years. In addition to glassblowing, I’ve also enjoyed exploring a variety of media and materials, such as music, ceramics, drawing, painting, and woodturning/wood burning. I first encountered glassblowing in 1991, as an “elective” during my senior year at Southern Connecticut State University, in New Haven, CT, while earning a B.S. in Liberal Studies, with a concentration in Special Education. After two years of working in Maryland as a residential house counselor & direct-care worker for individuals with Developmental Disabilities, I returned to my home state of Vermont to begin my ‘lifepath’ as a glassblower.

In 1993, I hired on as an apprentice with Simon Pearce, Inc., a prestigious glass facility in Windsor & Quechee, VT, renown for their high-quality production of functional crystal. I became a journeyman glassblower and team leader, and my particular concentration was in stemware and handled pieces (pitchers, Irish coffee mugs, and tankards--see first pic above on LEFT!!) as well as various bowls and vases.

In 1997, my fiancé and I moved to Chico, California, where she pursued her BA/Masters degrees in Speech Pathology and I worked as a glassblower at Orient & Flume Art Glass, an internationally-renowned glass studio, known for their iridescent vases, intricate paperweights, and torchwork designs. For the next seven years, I watched and learned from some of the “masters of the trade,” experimenting with new colors and techniques, developing and refining my own skills, and specializing in iridescent and torchwork design. I sold many solo and collaboratively-designed pieces on the “O & F” production line, and had my own successful retail section in the Orient & Flume showroom.  Middle Pic Above is finishing a Vase in 2000.

In 2004, after our respective educations, wonderful adventures and life experiences, we returned home to New England to raise our daughter in the same close-knit community setting we grew up in, closer to both our families. For the next year I worked to set up my glass studio, and in August 2005, Sherwin Art Glass was officially recognized by the State of Vermont as a business, complete with a scenic location overlooking the Connecticut River in Bellows Falls, VT. My studio runs with environmental concerns in mind; my furnace and all equipment (except my torch) runs off the hydro-power generated by the dam here in Bellows Falls, about 100 yards from the studio.  It feels good to be "green glassblowing" in the Green Mountain State, working in a medium that generally uses a lot of fossil fuels!  Reduce - Reuse - Recycle!

Our wonderful daughter is off to Graduate School now, pursuing her M.A. in Speech-Language Pathology.....I live about a mile from the studio with my wife, Cheryl, a Speech-Language Pathologist in the WNESU School District, and several furry, four-legged friends. When not blowing glass, I enjoy many outdoor sports and activities (especially disc golf, kayaking/fishing, hiking & tennis), playing guitar, Brewing Beer--7Balls Brewing--now onsite at the 33 Bridge Street Studio/Gallery, and spending quality time with my family and friends.... It's a Good Life! :^)  Peace, Chris 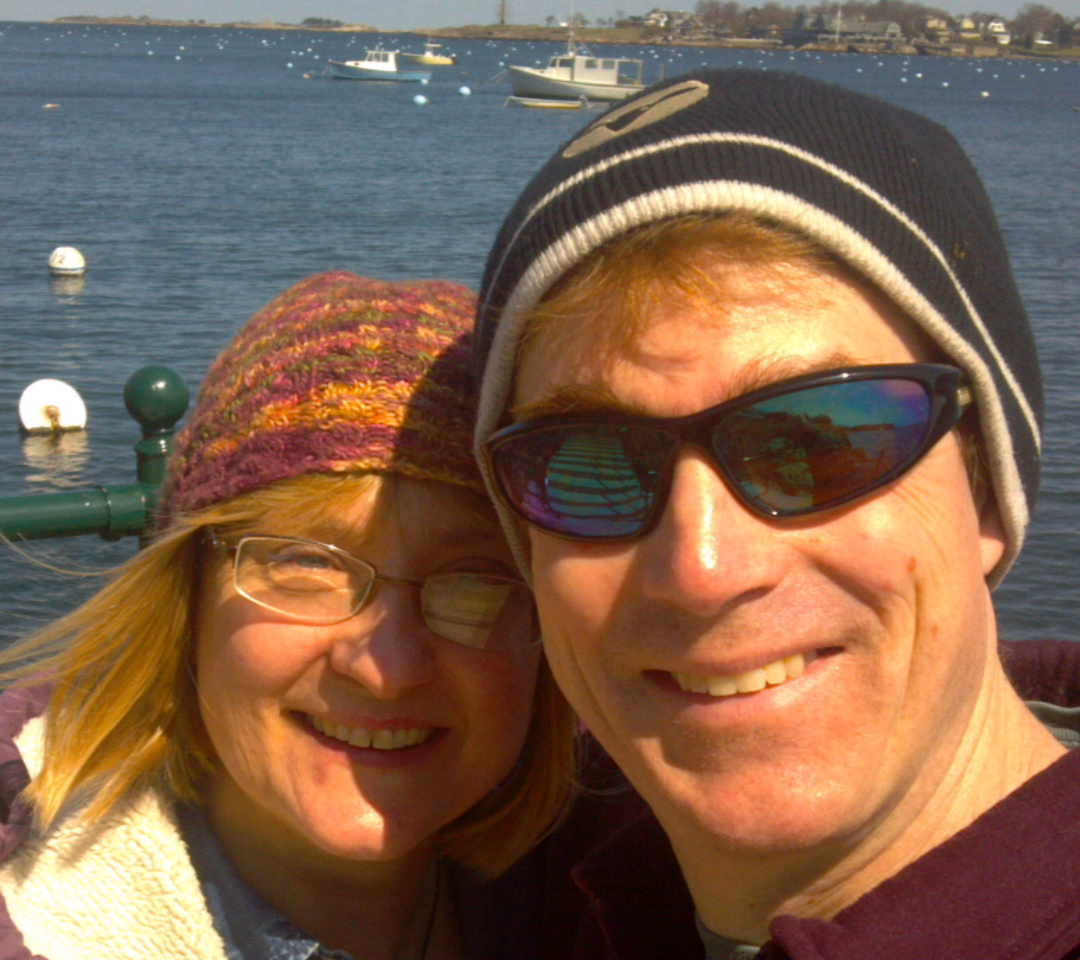 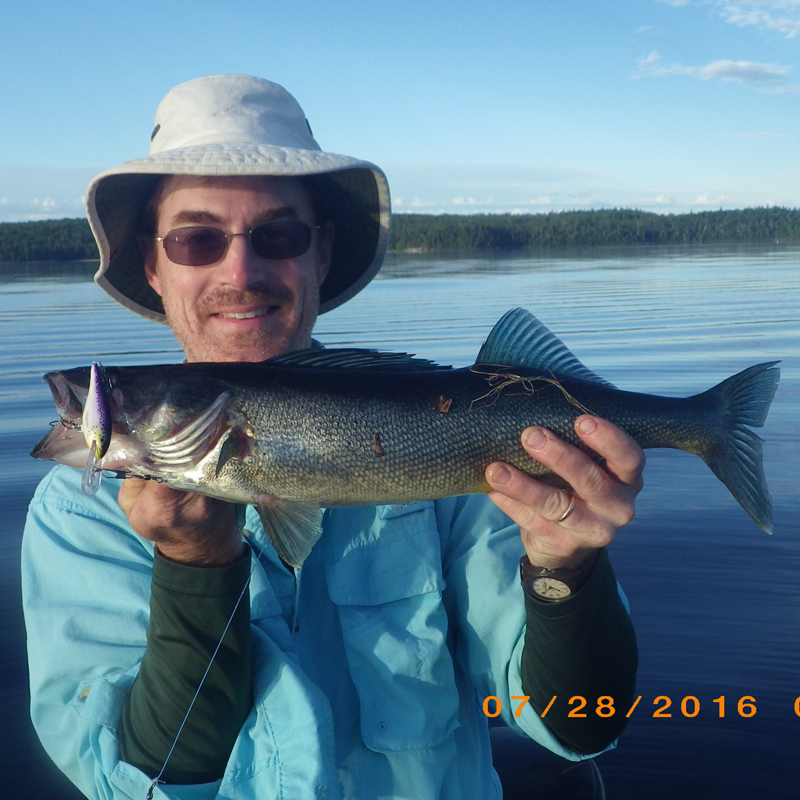 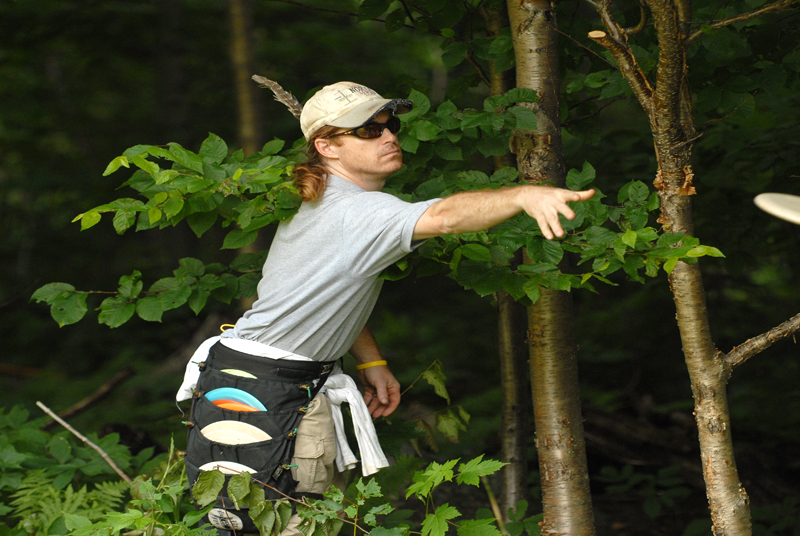